WHAT'S IT ALL ABOUT

MISCHIEF MOVIE NIGHT was initially called LIGHT'S, CAMERA, IMPROVISE and opened at the Edinburgh Fringe in 2009 to sell-out critical acclaim.

The improvised movie, live onstage. The Scat Pack's team of electrifying improvisers weave a new movie, live every night based on your suggestions. Join Oscar in his home cinema to watch another never before seen and never to be seen again motion picture created before your very eyes, complete with special effects sequences, musical score and celebrity cameos. Choose what the film is about, where it’s set and even what awards it has won and Oscar will dig out the tape. Hilarious, exhilarating and totally improvised.

Olivier Award-winning company Mischief Theatre continue their West End takeover with a brand new improvised show at London’s Arts Theatre, dedicated to the glitz and glamour of Hollywood. Based on their smash-hit Edinburgh Fringe favourite Lights! Camera! Improvise, Mischief Movie Night is the blockbuster comedy that promises to be completely unpredictable.

From the creators of The Play That Goes Wrong, Peter Pan Goes Wrong and The Comedy About a Bank Robbery, Mischief Theatre guarantee a night of hilarity as they attempt to produce an improvised movie live on stage, with the help of a fast-paced band and technical team. Using suggestions from the audience to determine genre, location and title, a new movie will be created each night, featuring rewinds, fast forwards, directors’ cuts and deleted scenes.

The show toured the UK Jun-Aug 2018 following sell-out success in the West End, opening at the Oxford Playhouse on 6 June 2018.

During the COVID-19 pandemic and with theatres closed, MISCHIEF MOVIE NIGHT was performed at Open Air Theatres from 31 Aug - 12 Sep 2021, which included the world famous Minack Theatre in Cornwall.

The show was scheduled to open at the Vaudeville Theatre in the West End on 9 December 2021 for a very limited period, but was forced to close early on 13 December 2021 after just 4 performances due to the pandemic.

The producers and MISCHIEF were determined to present their much loved comedy and bring laughter and joy during an extremely difficult period. MISCHIEF MOVIE NIGHT IN was developed in just a few days, with live improvised shows streamed around the world over Christmas and New Year 2021.

Mischief team have announced that they will be performing their improv show Mischief Movie Night In, streaming a new movie every night from the ‘Mischief emergency comedy bunker’ at Immersive Ldn, live into homes from 27-31 December 2020.

With the latest round of Government restrictions closing theatres in London, the original Mischief team have announced that they will be performing their improv show Mischief Movie Night In, streaming a new movie every night from the ‘Mischief emergency comedy bunker’ at Immersive Ldn, live into homes from 27-31 December 2020.

Folowing global success MISCHIEF MOVIE NIGHT IN returned, this time to Riverside Studios, with a live audience as well as streaming across the globe. A troupe of improvisers and musicians performed for 4 weeks throughout July 2021, bringing MISCHIEF to new audiences, streaming live onto their screen and devices.

The show then returned to the Minack Theatre in September 2021 for a week, as it toured 3 open air Theatres around the UK.

'THE FUNNIEST THEATRE TROUPE IN BRITAIN'

'IT'S NIGHTS LIKE MISCHIEF MOVIE NIGHT THAT MAKE IT ALL WORTHWHILE' 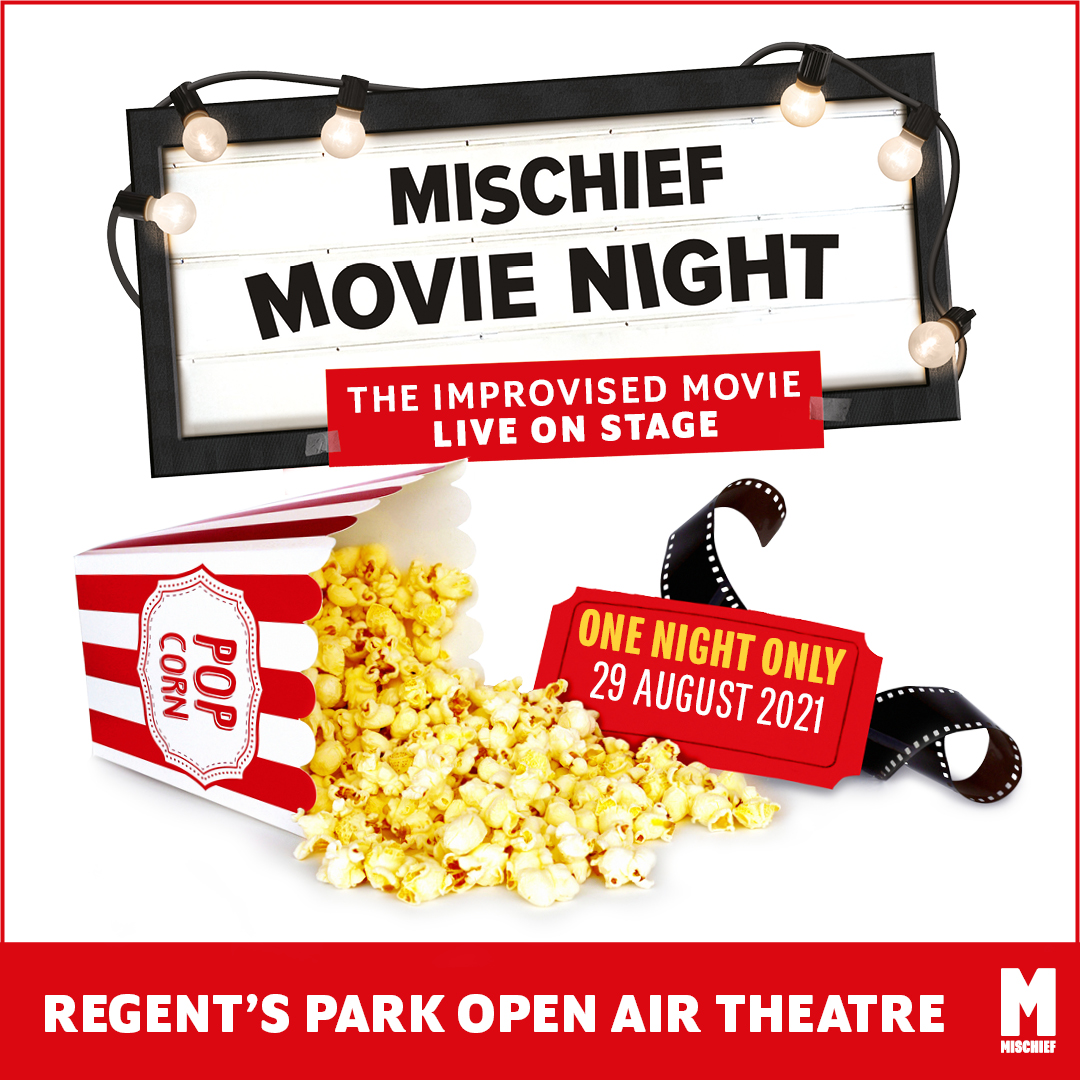 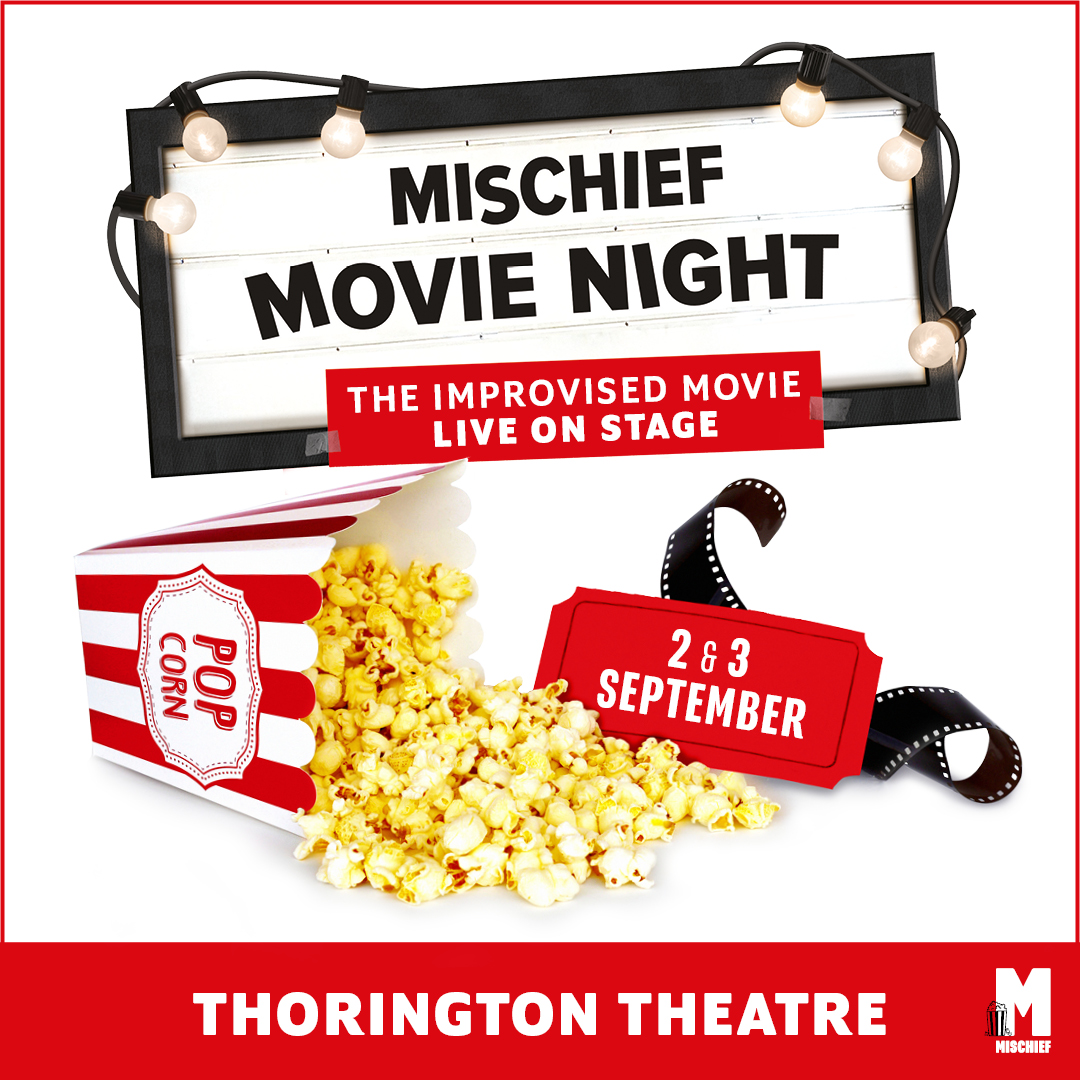 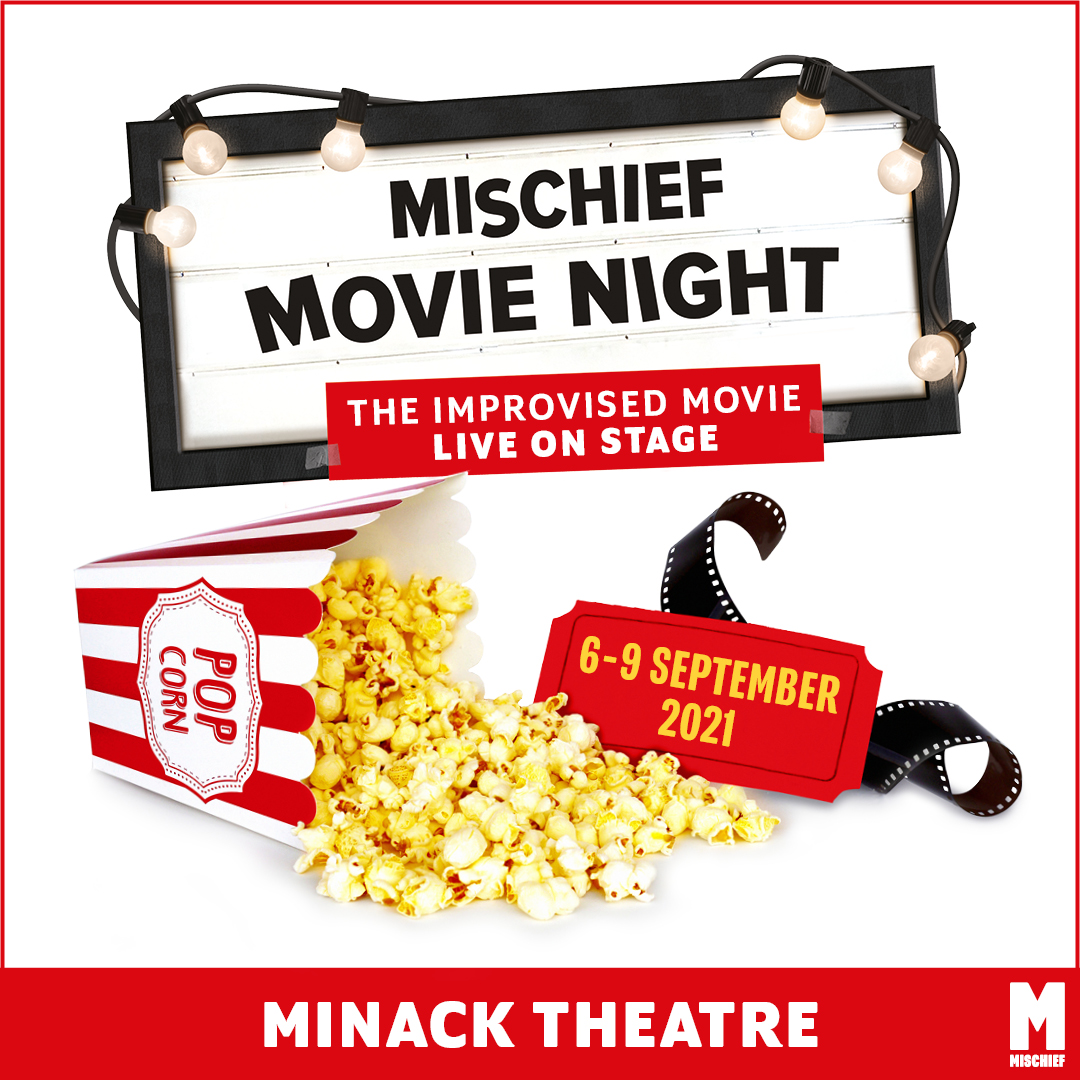