If you have ever wondered what makes Mischief so mischievous this is the podcast for you! Hear exclusive insights from host Dave Hearn and his guests as they share all things Mischief in the Mischief Makers Podcast.  It explores every aspect of the shows from its chaos, its conception and even alternative endings to The Play that Goes Wrong. Guests include everyone from cast to creatives to magic consultants!  And in true Mischief form it is all recorded in a single take with no edits, so anything can (and does) happen!

In the first ever episode, Dave Hearn talks to writer and co-creator of Mischief, Henry Shields. Discover Henry's alternative careers, what makes them both geek out, and how THE PLAY THAT GOES WRONF and THE COMEDY ABOUT A BANK ROBBERY could have eneded differently!

Dave talks to artistic director, writer and co-creator Henry Lewis about the writing process, his passion for magic, and his fondest career moments so far. 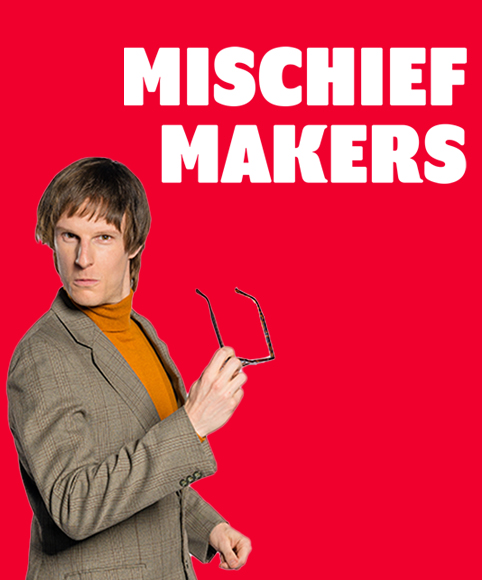