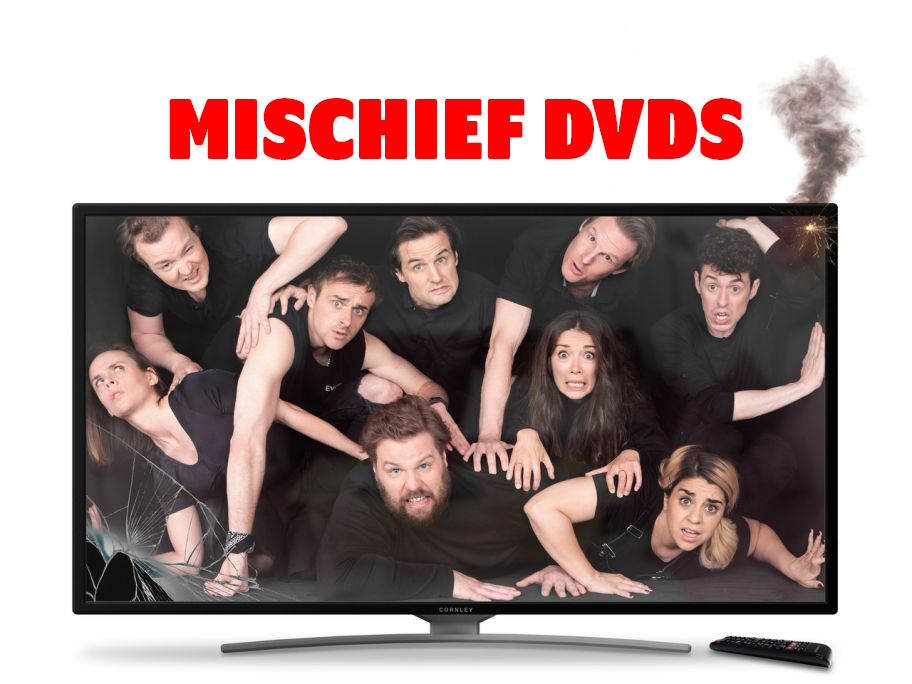 The well-meaning amateurs of the Cornley Drama Society perform a half-hour play - live! - on BBC1 : a horror story, a wartime drama, a legal thriller, a period romance, a deep south melodrama and a Christmas fable. And every week, the performance goes terribly, terribly wrong. Sets collapse, special effects fail, actors dry - life, limb and the studio audience are threatened. But the show must go on…

Once again, Cornley Drama Society return to the BBC with five plays performed live for the pubic to ‘enjoy’. Sadly, they are as inept as ever, this time with the added complication of an internal feud that spills out into open, incompetent warfare.

A Downton-esque family saga, a Shakespeare history play (Colin Shakespeare that is) and a US-style prison break drama make up the first three shambolic episodes. But in a bid to prevent the Drama Society disintegrating the final two eps are a collection of short performances chosen by the individual cast. An acting disasterclass, a 70s sitcom in questionable taste, a voice-over audition thinly disguised as an audio drama and a ballet forgotten for good reason provide the series with the conclusion it deserves.

Sets fall down and, oddly, up, horses cause havoc, and many, many things catch fire.

The inept and accident-prone Cornley Polytechnic Drama Society set out to present J. M. Barrie's classic tale of Peter Pan, their most audacious production to date. Flying? Pyrotechnics? Sharp hooks? What ensues is two acts of hysterical disaster. You'll laugh, they'll cry. Something so wrong has never been so right.

Blacklisted by the BBC after ruining Peter Pan, the Cornley Polytechnic Drama Society do not take their ban lying down and force themselves back on the BBC by hijacking the jewel of the Christmas schedule, a live production of A Christmas Carol, staged by a professional cast.

As the Cornley gang try to make the show work on television, they soon realise they are completely out of their depth, with no idea how to direct a live studio or handle the special effects. Worse still, their internal rivalries are revealed on television, while an angry professional cast tries to get back into the studio.