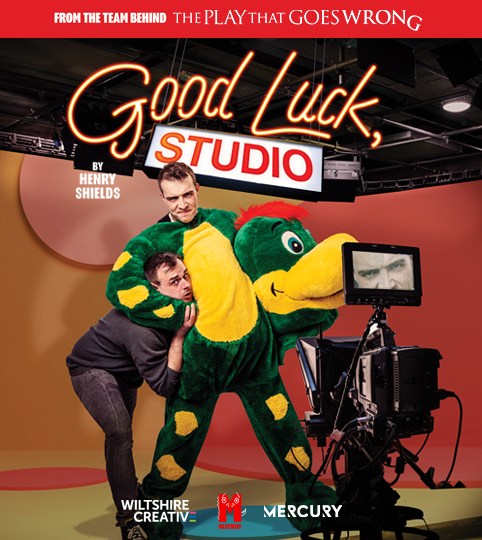 Mercury Theatre and Wiltshire Creative today announce the world première of Good Luck, Studio, in collaboration with Mischief. This dark new comedy is written by Henry Shields and directed by Henry Lewis, with cast and creative team to be announced. The production opens on 5 October at the Mercury Theatre, Colchester, with previews from 30 September, before transferring to Salisbury Playhouse from 18 October – 5 November.

“I am thrilled, delighted, excited and utterly terrified to be presenting my first solo work Good Luck, Studio at the Mercury Theatre Colchester and Salisbury Playhouse. With the help of the Mischief team, we will be creating a show that is extremely funny, totally original, and not at all suitable for children.”

“I am absolutely thrilled to making my directorial debut with this hilarious new play”.