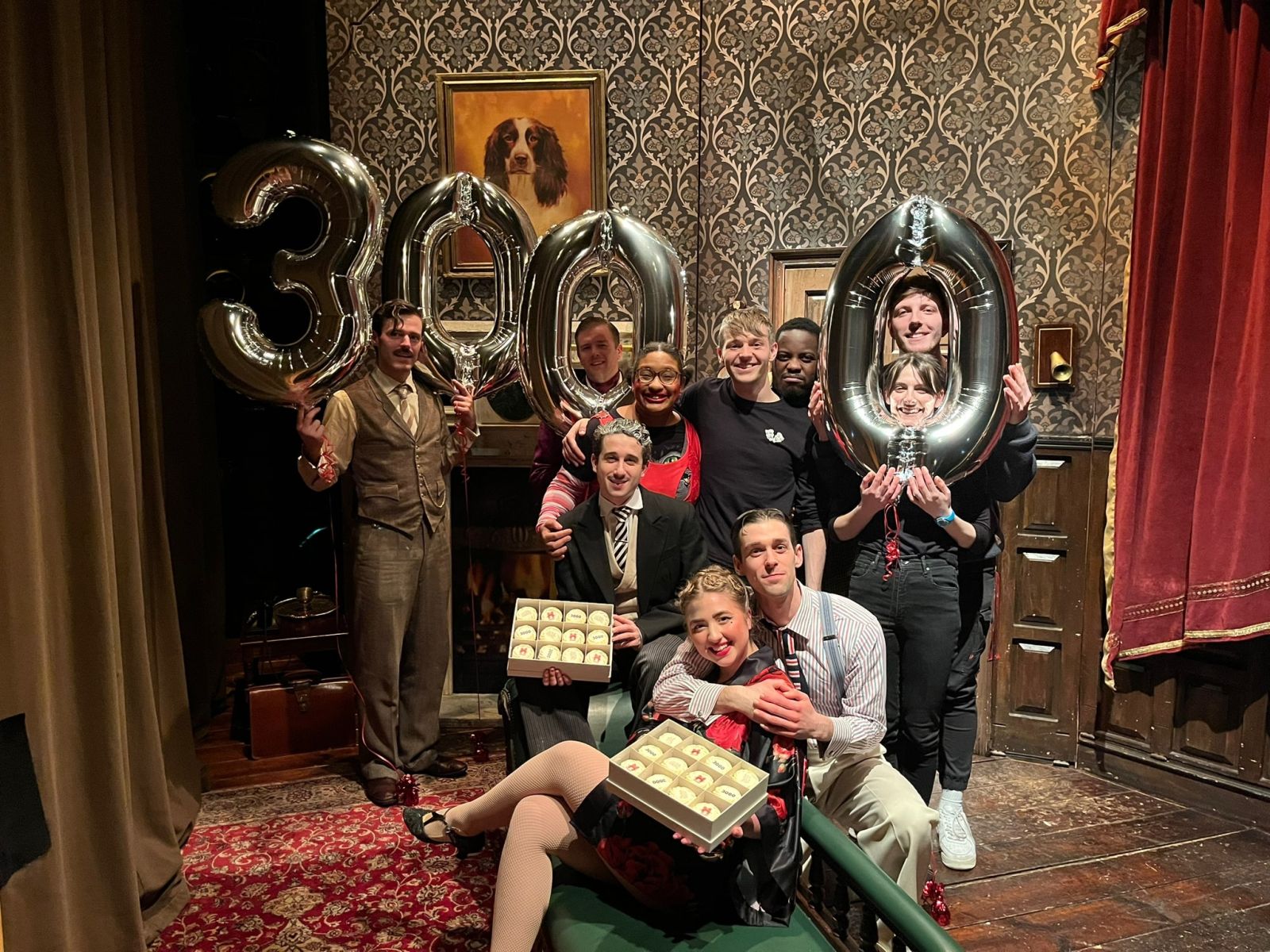 So far during their West End run, the Cornley Polytechnic Drama Society have been hit (by objects or each other) 104,965 times, smashed 2999 vases and have successfully found Winston a total of zero times.

Mischief Directors Henry Lewis and Jonathan Sayer said today “We’re so delighted that after 3000 shows we’re still entertaining audiences and making them laugh. We’re incredibly grateful to everyone who’s come to see the show and we can’t wait for the next 3000.”