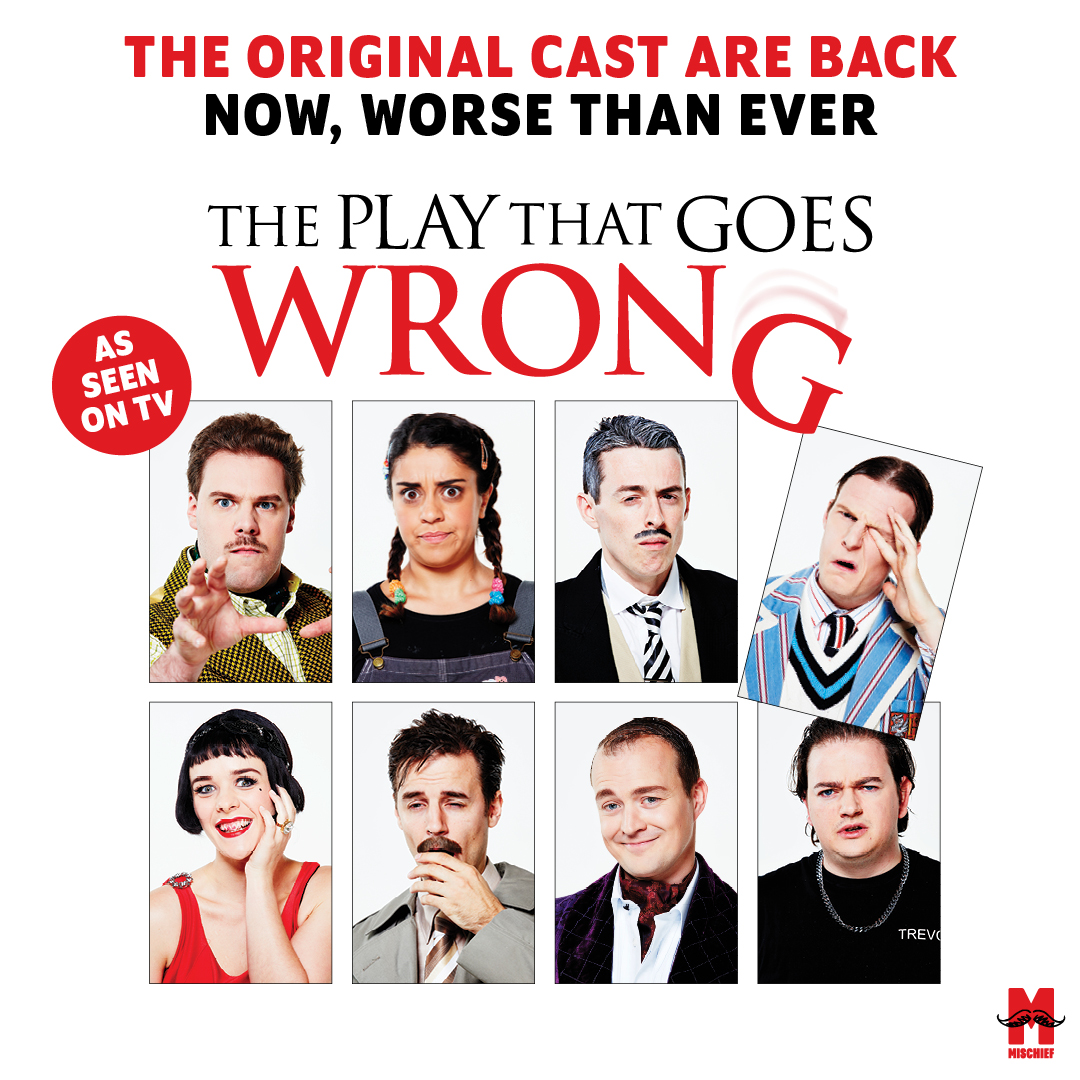 HAVING BEEN 'RESTING' FOR 7 YEARS,

THEY ARE LIKELY TO BE WORSE THAN EVER!

THE ORIGINAL CAST ARE BACK!

NOW, WORSE THAN EVER

The original cast of the multi award-winning international smash hit comedy THE PLAY THAT GOES WRONG and BBC One’s THE GOES WRONG SHOW are back on stage!

The Cornley Drama Society are putting on a 1920s murder mystery, but as the title suggests, everything that can go wrong… does! As the accident prone thesps battle on against all the odds to reach their final curtain call, hilarious results ensue!

Hailed “a gut-busting hit” by the New York Times, Mischief’s THE PLAY THAT GOES WRONG, now in its eighth year in the West End, has won a host of celebrity endorsements from the likes of Joanna Lumley “We laughed until the tears ran down our faces, it has to be seen” to Ant & Dec “The funniest show we’ve seen! If you can get a ticket, go!”

Guaranteed to leave you aching with laughter, don’t miss this brilliantly funny comedy starring the original West End and Broadway cast, as seen on stage and screen!

Please note, the full cast will not perform all dates:

Henry Shields will not perform on 9 June (2pm)